Join the thousands of women who are reclaiming their health

Here is your chance to get my FREE Neurotoxic Questionnaire here, get your score, and discover if you need to detox your body after explant!

Do you have CIRS?

Chronic Inflammatory Response Syndrome, or CIRS for short, is a medical condition more commonly known as mold illness. The research on CIRS started with studying sepsis, which is often a life-threatening condition. The trigger is usually a bacterial infection of some sort that leads to a cascade of inflammatory molecules that cause the majority of its manifestations. It is an acute syndrome that starts with kindling that triggers a fully-fueled fire. It is the innate immune system gone haywire. The lasting effects are chronic inflammation – a fire that is eating up the body, despite the original kindling no longer being present.

The first step in the discovery of CIRS in relation to mold was when Dr. Shoemaker asked the questions: could an inflammatory cascade similar to sepsis be occurring with some of the chronically ill patients we see? Could the fire of inflammation be responsible for many of their chronic and seemingly unrelated symptoms? Dr Shoemaker later realized that virtually the same inflammatory process the occurs in sepsis also occurs in patients who have been exposed to a water-damaged building or who have a chronic illness after suffering from Lyme disease. The mechanism of this illness was discovered later as Dr Shoemaker took the research on human leukocyte antigen (HLA) genetics a step further to explain its role in the development of CIRS.

As a result of Dr Shoemaker’s work, we now know that:

So what exactly do we mean by inflammation? Inflammation is actually something that occurs in our body every day as we heal from injuries. For example, if you were to accidentally slam your finger in a door jam you would experience redness, pain, and swelling. These symptoms are caused by pro-inflammatory cytokines which are released by white blood cells. They are the body’s attempt to heal the damage. In CIRS this kind of inflammation is going on deep inside the body, but it doesn’t get switched off, as the body is not able to heal due to genetics.

Dr. Gupta calls the mechanism for development of CIRS is a chaotic and inefficient inflammatory cascade of immune system events as a response to a biotoxin, whether it’s due to mold toxins, toxins from bacteria or parasites that cause Lyme, or some other exposure. It’s chaotic because it involves so many different elements. It’s inefficient because ultimately it doesn’t rid the body of biotoxins. The chaotic inflammatory process further triggers hormonal, neurological, genomic and other imbalances and a broad range of general body symptoms.

The most common symptoms of CIRS include:

To diagnose CIRS a person will likely have (but not always) the following factors present :

It is important to note that CIRS is not just a condition associated with mold. Biotoxins are small compounds that can be in a moldy water damaged building and inside saline breast implants, from bacteria or parasites that cause Lyme disease, or even a spider bite. Approximately 25% of the population have a genetic susceptibility that makes them unable to mount a proper immune response to these biotoxins.

Dr Shoemaker has found that those with this genetic susceptibility often have had a severe inflammatory event, or cytokine storm in their past that primes their HLA genes. This can be due to things like mononucleosis, Coxsackie, or ECHO viral infections, inflammatory lung responses or Lyme disease. Accidents, surgery and extreme stress could also be triggering events. Once a primed HLA susceptible individual gets exposed to enough biotoxins an inflammatory response occurs, which causes and excess of inflammatory compounds called cytokines to be produced. Pro-inflammatory cytokines in CIRS turn on the fire of inflammation, inflaming certain tissues of the body and cause the immune system to become compromised. They also cause dysfunction of the complement pathway, which are comprised of proteins used by the immune system to eliminate pathogens and toxins.

How does this relate to breast implant illness?

Someone with saline breast implants can be a particularly high risk for developing CIRS. Saline implants have a valve used to fill them during implantation that is only supposed to go in one direction. If this valve gets damaged during a fall, or car accident, or blunt force to the breasts it can let mold and bacteria inside. For someone who is genetically susceptible and has had recent exposure to mold, this can become a nightmare as the mold can no longer be escaped. You can move out of a water damaged building, but once it’s inside your implants, moving won’t do you any good. It is literally growing inside of you and releasing biotoxins into the body constantly. In this scenario, the implants themselves can act as the trigger to prime the HLA gene and removing them becomes imperative to restoring health.

Having silicone breast implants does not mean you won’t be susceptible to developing CIRS. The mechanism is different, but it does happen. In both scenarios the implants themselves can act as the trigger that primes the HLA gene. But that’s not all. Exposure to Lyme bacteria and parasites can also be part of the picture. As a result of immune dysregulation caused by breast implants, the immune system can no longer keep Lyme pathogens at bay, which can prime the HLA gene as well. Once the gene is primed, and the susceptible individual is exposed to enough lyme and mold biotoxins (such as living or working in a water damaged building), a cascading inflammatory process begins to occur.

How is CIRS treated?

The first step is avoidance of any ongoing biotoxin exposures and for someone with breast implants, that means getting them removed. If there is water damage or known mold in your work or living situation, it also means properly addressing that. The next step is detoxification of accumulated biotoxins via the use of binding agents. The final steps involve the correction of the hormonal, inflammatory and gene imbalances associated with CIRS.

In summary, genetic susceptibility with priming from an inflammatory event (breast implants, mono, Lyme, extreme stress, surgery, accident, etc) plus exposure to biotoxins causes a person to have a chaotic inflammatory response that causes a whole host of abnormalities, leading to a multi-system, multi-symptom disorder we call CIRS.

If you think this might be part of the puzzle in your chronic illness related to your breast implants, a quick and easy test you can do is the VCS test. You can do this test online at www.vcstest.com. It isn’t 100% accurate and should not be used as a sole diagnostic tool, but it is a good starting place. It will be able to tell fairly accurately if biotoxins are an issue for you. I know this is probably a little overwhelming, which is why it is important to work with a qualified practitioner.

Apply for your complimentary call with Sarah HERE.

Founder of Reversing Breast Implant Illness. Sarah has a passion for restoring health that has taken her along a path from a practicing RN, to walking away from her conventional nursing career to become a certified Functional Diagnostic Nutrition® Practitioner, True Cellular Detox™ Practitioner, and Breast Implant Illness Expert. She believes the solution to Reversing Breast Implant illness is about more than just the explant and that we all need to take personal responsibility for restoring our health by addressing the root causes that contribute to chronic illness: toxicity, infections, trauma, and shame. Sarah’s “pain to purpose” is using her personal experience along with her understanding about the body to guide women through the sea of mis-information about Breast Implant Illness in hopes of finding their path to true and lasting healing.

Sarah was once quite happy and comfortable living the conventional life, but she began to look at things very differently when her body started failing her after getting breast implants. Within about six months of getting breast implants, Sarah began to see her once perfect health steadily decline. She began experiencing a myriad of symptoms which no doctor could explain. No one understood what Sarah was going through. She felt completely alone in this invisible illness because on the outside she looked fine. On the inside, the discomfort of living inside her own body was maddening.

Sarah soon realized she was looking in the wrong places, for the wrong things. If she wanted to fix her broken body, she had to stop looking to treat the symptoms; she had to start looking for a cause. It was time to take her health into her own hands and find real answers. She discovered that the root cause was literally inside of her.

Sarah believes there is always a greater purpose within our struggles, and she believes that purpose for her was to learn how to heal her own body so she could then help other women like her do the same. It is Sarah’s believe that the body has an innate desire to heal if given what it needs and she focuses on teaching natural healing principles. Sarah will teach you how to Reverse Breast Implant Illness, take back your health, and live vibrantly! 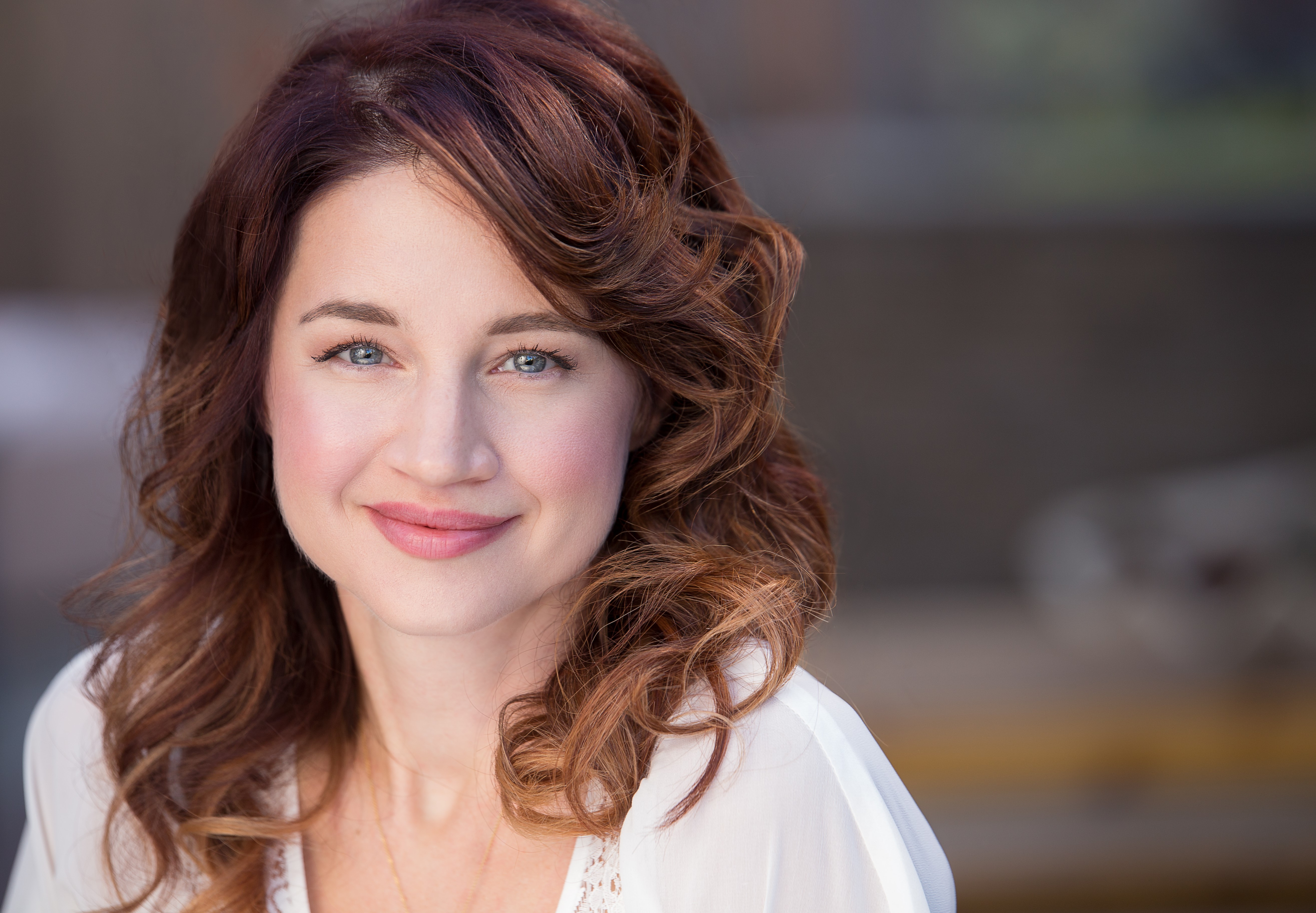 Hi, my name is Sarah; nice to meet you! I teach women suffering from Breast Implant Illness how to use the body's innate intelligence to heal themselves. I will teach you how to take back your health and how to stay healthy for life!

Join The Thousands of Women Who Are Reclaiming Their Health!

Here is your chance to get my ebook: Living A Circadian Lifestyle: A Guide to Better Sleep!

Start restoring your health with these tips!

Start to improve your health with the best tips!